You are here: Home1 / advertising campaign2 / A bookshop for the Cité Architecture Museum of Paris

The Cité Architecture Museum of Paris has organised an astonishing advertising campaign to promote the opening of their bookshop. This bookshop – quite obviously – is focused on publications about architecture and related matters, but with a bit of creativity the campaign visual has been able to show the target-users all the allurement that could be found inside a book of this kind.

To launch the opening of the brand new bookshop at the Cité Architecture Museum of Paris, the museum has created an pretty original advertising campaign. The visual is based on a concept that is as simple as it is creative. The idea probably started from the assumpion that almost every city [at least the bigger or better-known ones] has a building that is clearly and commonly connected with its history, its culture or its skyline aesthetics. Adding that every one of this buldings tells a story or a piece of a story of the city, it should have been easy to jump to the conclusion that this kind of iconic buildings seems to have the same function as a book.

The visual just transforms this methaphor in a photo-realistic illustration that put together a bunch of the most marvellous buildings in the world as if they were a series of different books on a shelf of a library. Following the trademark, the claim “Architecture has its own booksohp” makes it even clearer and the sub-heading gives the target some details adding “Open every day except Tuesday, the essential bookshop for lovers of architecture” and the address.

Definitely a smart way to give appeal to books, don’t you think?

Other posts about books and bookshops 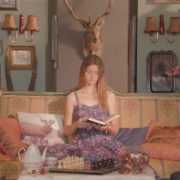 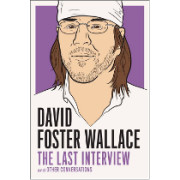 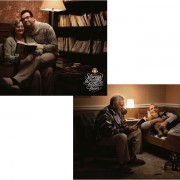 Listening to a book [Penguin]
0 replies

Creativity would be better without fake briefs

Playing noughts and crosses with dinner [Daiya]
Scroll to top