You are here: Home1 / advertising campaign2 / In the UK I forget mosquitos, in Italy I have to remember Vape 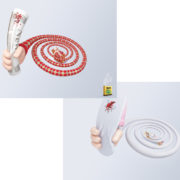 Since I moved to Oxford, I have forgotten even the mere existence of mosquitos. When I went back to Italy last week-end, unfortunately they thought it would be nice to remind me of their presence, rabidly biting my ankles. It’s still itching. Next time I hope not to be so naive and be prepared to fight back against this kind of attack… maybe with Vape. Have a look at the straightforward advertising campaign…

Vape is crystal clear regarding the aim of its product: the mosquitos have to die. The very explicit visuals are as cruel as the reassuring headline “The 24/7 assassin” leaves nothing to the imagination. 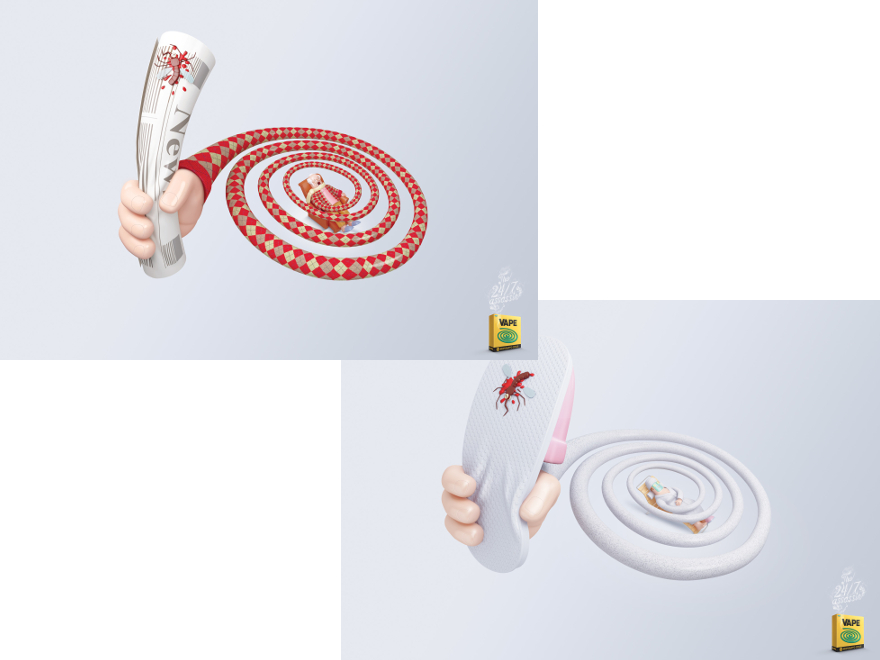 Full of colours, cartoon-like, mimicking the most common gesture and weapons [the newspaper and the slipper are an evergreen in every country], the campaign attains its goal showing no mercy to mosquitos, but doing that with a certain candour, avoiding any trace of horror. Don’t you think?