You are here: Home1 / advertising campaign2 / If you feel you have the wrong job [jobsintown.de] 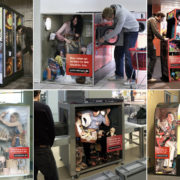 Today, just a few days into the new year, I’d like to share with you a very old, but always current, advertising campaign by Jobsintown.de [a German website agency specialising in job search] that reminds everyone of the importance of not getting stuck with a job one doesn’t like or that doesn’t provide proper working conditions.

Clarified by the headline “Life is too short for the wrong job” written in English to be understood by anyone, Jobsintown.de launched this advertising campaign focus on ambient marketing approach in 2009 but they’ve never stopped using it and haven’t updated it since then. The strong and powerful message is full of hope and intended to inspire all kind of workers and professionals to continually improve their job positions. 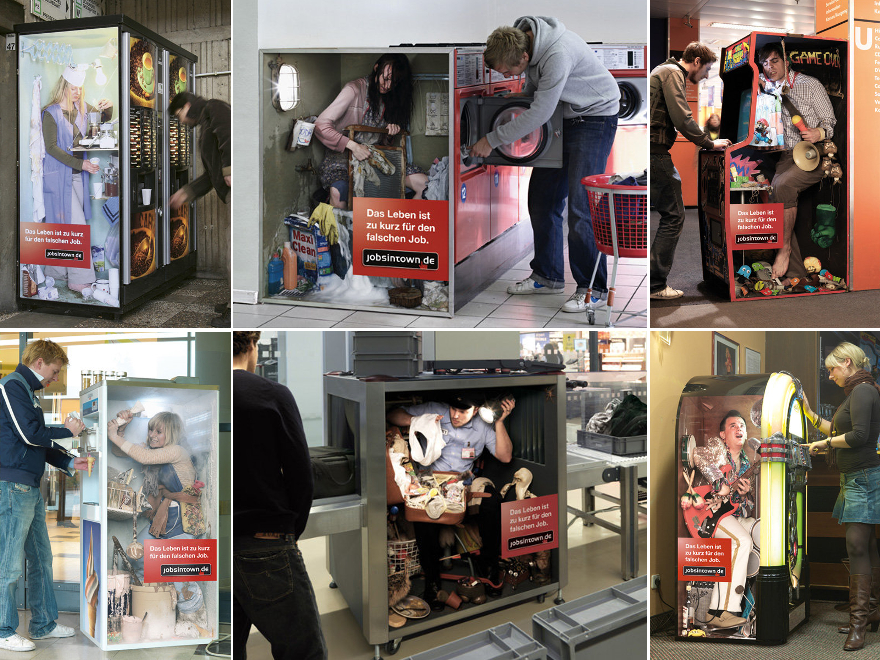 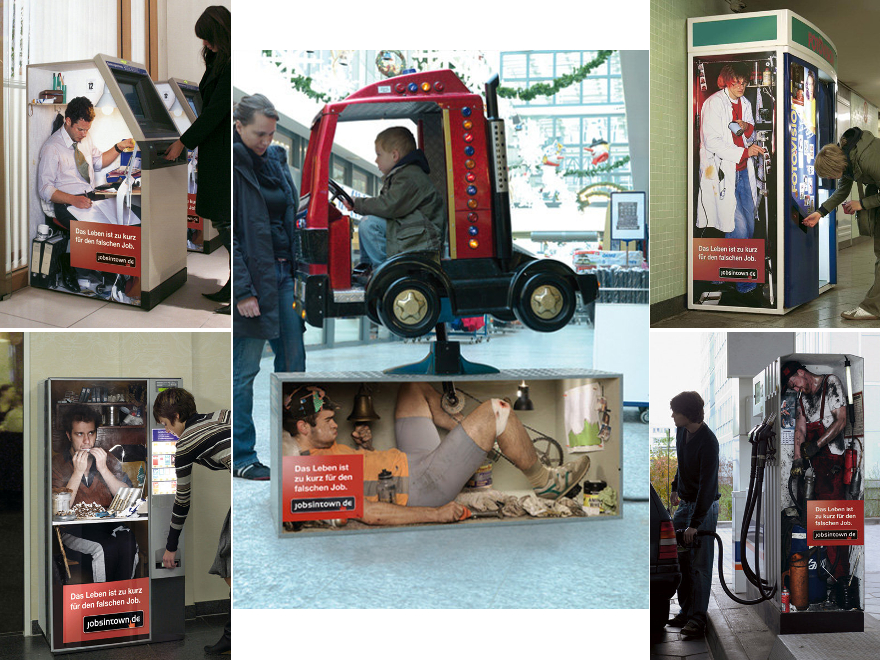 Absurd, often non-sense, images of the most terrible jobs you can imagine have been transformed on huge 3D stickers and applied to different self-service machines such as juke-boxes, petrol pumps, washing machines, coffee distributors… The result is a grotesque yet hilarious picture of a horrible working reality… just the one you would avoid, don’t you think? 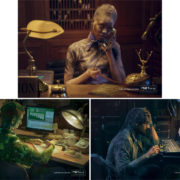 For the ones wishing a better job 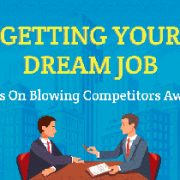 “Keep calm and carry on” story