With the aim of linking the online and the offline world, other than promoting their products, Nescafé have organised an appealing ambient marketing campaign for their Croatian potential target. The focus of the campaign has been to highlight two of the values composing the deep meaning of coffee: friendship and sharing.

Nescafé have started to develop the creative idea of this ambient marketing campaign from discovering to possessing a hitherto little-considered asset: the brand’s red mug and its iconic awareness, an object strongly desired by the brand’s fans.

Adding to this discovery the inspiration derived from the padlocks fixed on bridges as a metaphor of love and union – and a bit of lateral thinking – Nescafé have spread their message in the two major cities of Croatia with an engaging ambient marketing campaign. Watch the video for more details.

So, some padlocks, some codes, lots of red mugs and coffee to taste thanks to an app and a creative approach have been able to create new friendships and – most importantly – positive word-of-mouth. A really good idea, don’t you think?

Other posts about ambient marketing 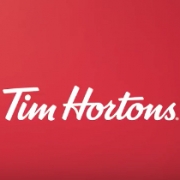 Take a coffee with your neighbour [Tim Hortons]
0 replies

Against DIY
Scroll to top