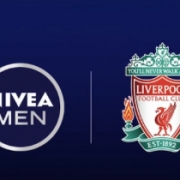 The aim of strategic marketing is being able to answer the new needs of an individual with new ideas and then new products. Nivea have discovered a new necessity behind the trend of sportsmen – and not just them – shaving almost all their bodies and the brand have answered this with a new product – launching it thanks to an appealing advertising campaign.

Men, especially the ones involved in sports activities, have taken up the habit of shaving their whole bodies. This is often a way to ease their routine, but also a fashion trend related to a new concept of beauty increasingly shared by the majority. The quicker and cleaner way to body shave would be quite obviously doing it in the shower, but the usual shaving cream and soap don’t make it suitable.

Nivea have had a flash of inspiration and have ideated a new typology of shaving product, a stick soap thick enough to stay on the skin even under a water jet. Then, the brand have created, in partnership with Liverpool football club, a commercial to explain and promote the use of the new product.

The need for a new shaving cream is made explicit and transformed into literally a goal using with irony the football jargon on building the script for the voice over. Thanks to the testimonials the interest in the product and its appeal is clear, as is its way of use because of the fact that during the video of the advertising campaign it’s possible to watch how the product performs. The “never existed before” body shaving soap by Nivea is now desirable, isn’t it? 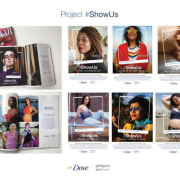 Marketing trend: authentic is better than perfect or famous
0 replies

Have a lovely holiday… and a tonic! ;)
Scroll to top